Jim Barber’s refreshingly unique approach to the art of ventriloquism and his incredible vocal skills have earned him the reputation as one of the most original talents performing today. He presents a show unlike any your group has witnessed before, with ingenious comical characters, toe-tapping music and hilarious audience participation! 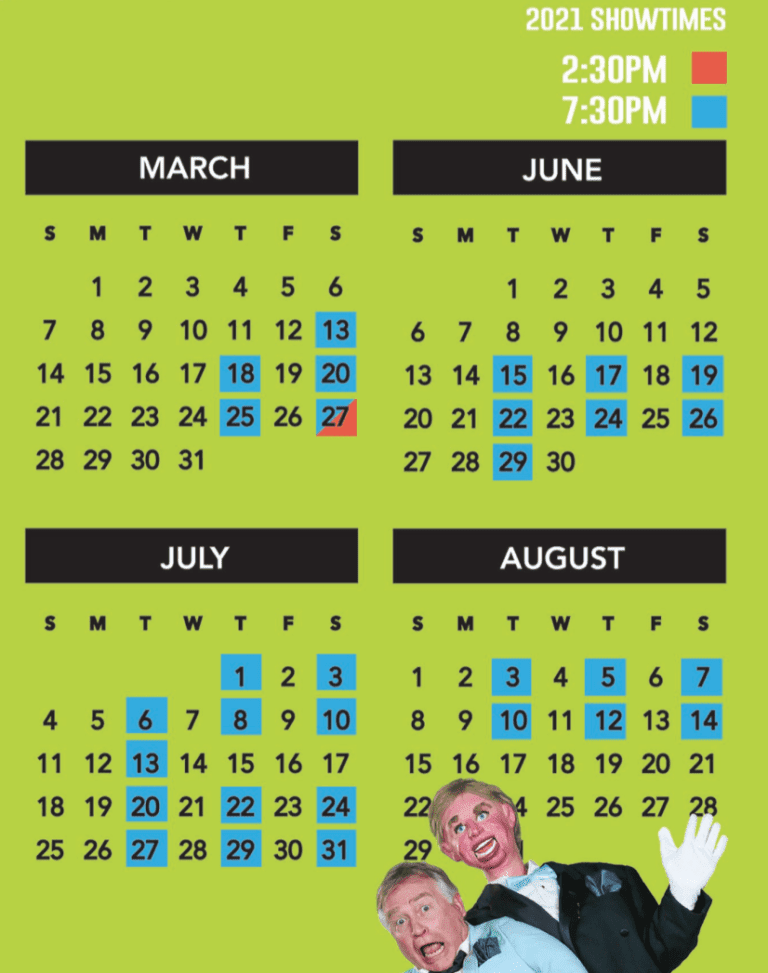 Professional Comedian-Ventriloquist, Jim Barber, has been “throwing his voice” around Branson stages for many years. He’s shared the spotlight with many music legends.

In 2021, Jim is excited to bring his wacky cast of characters with special guests to the Shepherd of the Hills Playhouse Theatre.

Make advanced reservations for your group, family, or friends to enjoy the unique comedy of Jim Barber amongst the spectacular scenic beauty of The Shepherd of the Hills!

WHO IS JIM BARBER?

Before graduating college at the University of Minnesota, Jim combined his theatrical, comedic, musical, and production skills to create a unique Minneapolis-based daily television show which he produced and co-hosted for nearly two years. This led to the development of his one-man comedy show which he has performed at approximately 2,000 colleges and universities nationwide.

After a smashing three year run at the Glen Campbell Goodtime Show in Branson, Missouri, Jim went on to be the featured comedian for the Osmond Family Theater and eventually his very own venue, the Hamner Barber Theater, with illusionists The Hamners. In 2013, the artists celebrated their 10th and final season of their popular magical variety show.