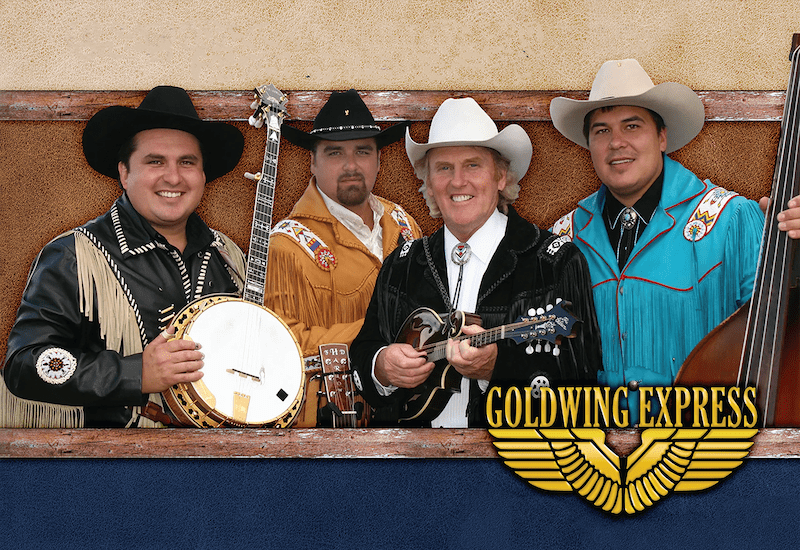 Kick off your mornings with music & entertainment!

Goldwing Express is a bluegrass, country, and gospel band that is originally from Okmulgee, Oklahoma. The band consists of three brothers and their father. Their mother, Juanita, who was a full-blood Native American Creek Indian, named the band “GoldWing Express” after their hobby of riding Goldwing Motorcycles in the 80’s. When their children were young, they decided to buy the boy’s instruments. Thirty-nine years later, they are still entertaining. A segment of their performance is often dedicated to their Indian Heritage and they wear Native American headdresses to represent their Creek Indian tribe.

Bob Baldridge, the patriarch of the family, plays mandolin and sings lead for the group. He also provides a lot of comedy for the Goldwing Express. His music career began in the early 70’s with his brothers and sister. The family would gather at the grandmother’s house and have all-day signings. Bob eventually wanted to form his own family band. Then came Paul, Steven, and Shawn.

Join us on fall mornings at 10am in the Indoor Playhouse Theater for bluegrass music and hilarious entertainment! 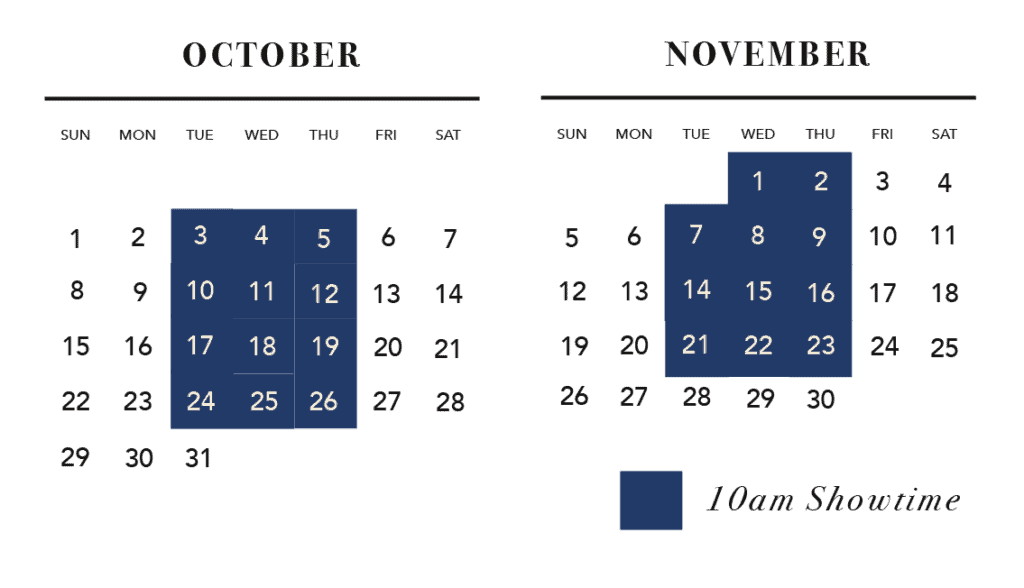 ✓ Free cancellation up to 48-hours in advance

Ticket pick-up is located in Aunt Mollie’s. Must have a hard printed ticket (no e-tickets or print-at-home).  Doors open 15 minutes before showtime. Check out our FAQ page for more questions. (SHOW DOES NOT INCLUDE FOOD.)