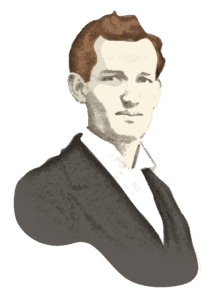 Before the lights and the glitz and glamour, a shepherd walked these hills.
Weary and spent, the shepherd paused in the Ozark mountains and as he sought healing in the fresh, clean air of the hills, he compiled notes for a novel that would become an incredible impact on the United States.

This shepherd, a modest preacher named Harold Bell Wright, began to love the simple, country folk of the Ozarks. He especially connected with John and Anna Ross who would become the inspiration for Old Matt and Aunt Mollie Matthews, who play a key role in The Shepherd of the Hills. Wright would often camp outside their homestead, sit on the lookout mentioned in the book, and dream up the story of joy and sorrow, hardship and love, violence and restoration, that would become the first novel to sell one million copies in the United States. Wright dedicated his novel to his wife with the following lines which demonstrate his strong connection to the Ozark hills:

To frances, my wife in memory of that beautiful summer in the ozark hills, when, so often, we followed the old trail around the rise of mutton hollow – the trail that is nobody knows how old – and from sammy’s lookout watched the day go over the western ridges.

After The Shepherd of the Hills was published in 1907, readers began to flock into the Ozark hills to experience the breathtaking views and endearing characters that Harold Bell Wright immortalized in his novel. Wright had written Shepherd in a spirit of awe at the beautiful work of his Creator, and it was this spirit that drew people to Branson. Even now, as you walk the streets of Branson and brush shoulders with folks in a local diner, you will see a sparkling eye and cheerful smile, and maybe get invited to church on Sunday. Harold Bell Wright was a God fearin’ man, and his legacy lives on today in the descendants of those who followed the shepherd’s call to the beautiful Ozark hill country. Through The Shepherd of the Hills and the crowds it drew to Mutton Hollow, Branson, Missouri was born.

Over the years, many people contributed to make The Shepherd of the Hills property into the beautiful, well preserved place it is today. Due to heavy volumes of visitors, the Ross family relocated to Garber, Missouri, leaving their homestead to the mercy of the adoring fans. After John and Anna Ross passed away, a feisty young woman named Elizabeth McDaniel purchased the homestead. A wealthy banker’s daughter from Springfield, Missouri, “Miss Lizzie”, as she was known, loved the book. She lived in Old Matt’s Cabin for a time before having her home moved from Springfield, Missouri to the homestead – not an easy feat in the 1920’s! Miss Lizzie was a visionary, and the one to host the first reenactments of the books, right on the lawn of Old Matt’s Cabin. It is said that she would ride the country side-saddle, would wear the latest fashions, and could cuss like a sailor.

Today, her home houses the ticket office. Dr. Bruce and Mary Trimble opened Old Matt’s Barn to the public as a gift shop in 1946, and in 1949 constructed a wooden tower on Inspiration Point. After Dr. Trimble’s death, his son Mark fulfilled his father’s dream and built a theatre out of the Old Mill. On August 6, 1960 the Old Mill Theatre welcomed its first guests. A few years later, a young man who had performed as Young Matt in the play moved up to take the reins. Young Keith Thurman stepped in as Director in the early 80’s, and is still in that role today. With over 50 years on the Homestead, he is also the resident historian. In 2020, the Outdoor Theatre was named the Thurman Outdoor Theatre in honor of Keith. Gary Snadon, who had also performed as Wash Gibbs, brought his family to The Shepherd of the Hills in 1985 and built the Inspiration Tower, began the Trail of Lights, and instituted the Vigilante Extreme ZipRider. Shepherd of the Hills went under new ownership in 2016. The current owners of The Shepherd of the Hills have many more exciting additions for the property and hope to keep it a place that brings people together, just like it did in 1907. 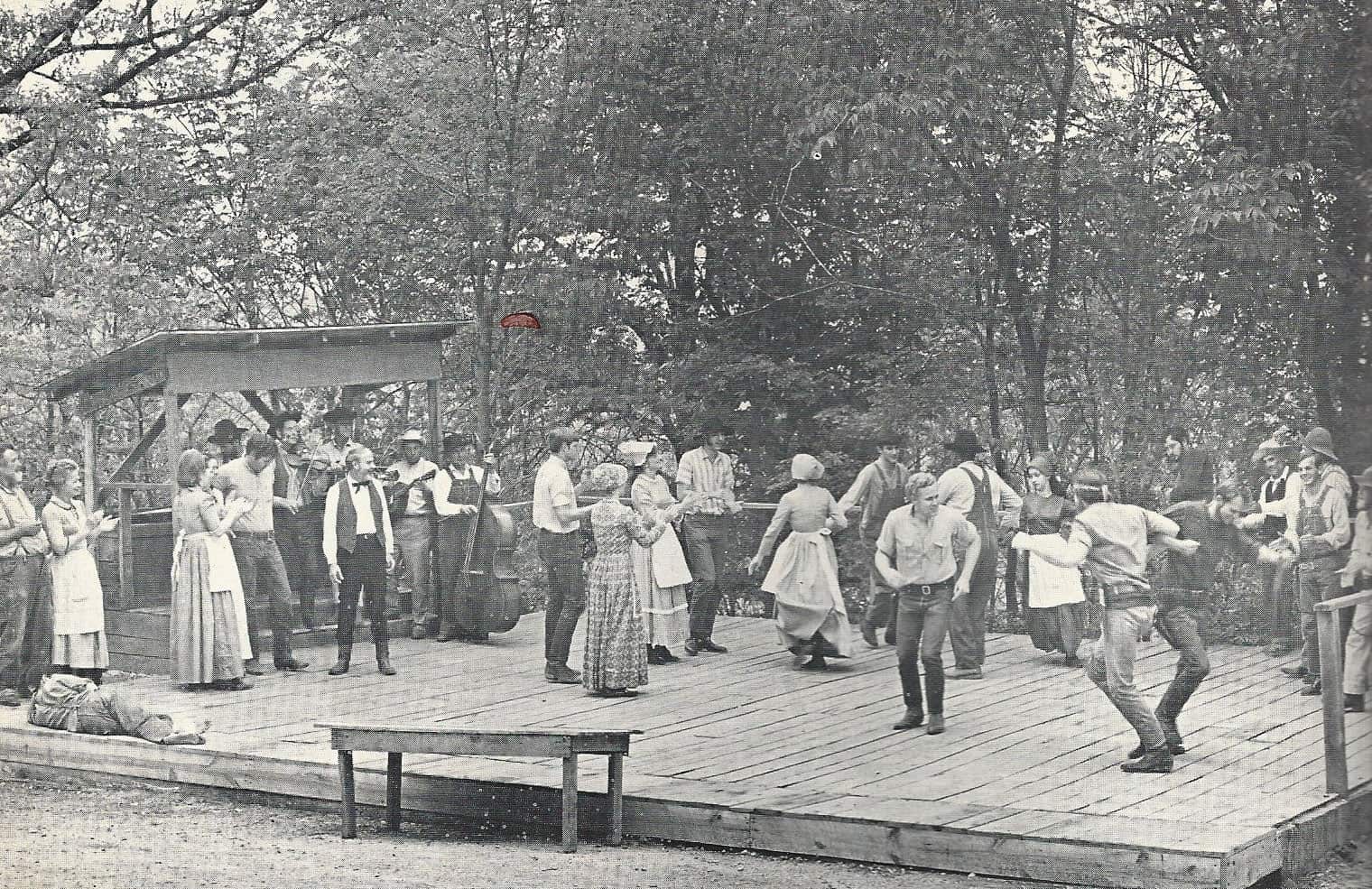 Through the years many changes and additions have been made to the historic homestead, but the simplicity and integrity of Wright’s timeless story remains the same. The actors and actresses now rely on a state-of-the-art sound system to clearly carry their lines rather than just “projection”, and the fight scene may be a little more choreographed than the all-out brawl some of the earlier performances were witness to, but there’s no doubt that The Shepherd of the Hills has found a way to transcend generations and is a vital part of the American tradition. After all, this impactful legacy has already stood the test of time.

Who are the "Bald Knobbers?"

During the 1800’s these rugged Ozark hills were wild and untamed.  Law enforcement had a difficult time and crime was rampant.  A group formed, originally to assist law-abiding citizens.  Soon though the group grew so powerful they were bending the laws for their own gain.  Before long, they were far worse than the criminals they originally tried to fight against.  They terrorized the hills, thieves and murderers who traveled in packs and wore black hoods to protect their identity. Harold Bell Wright’s novel, The Shepherd of the Hills, features generic Bald Knobbers as the story’s villains. 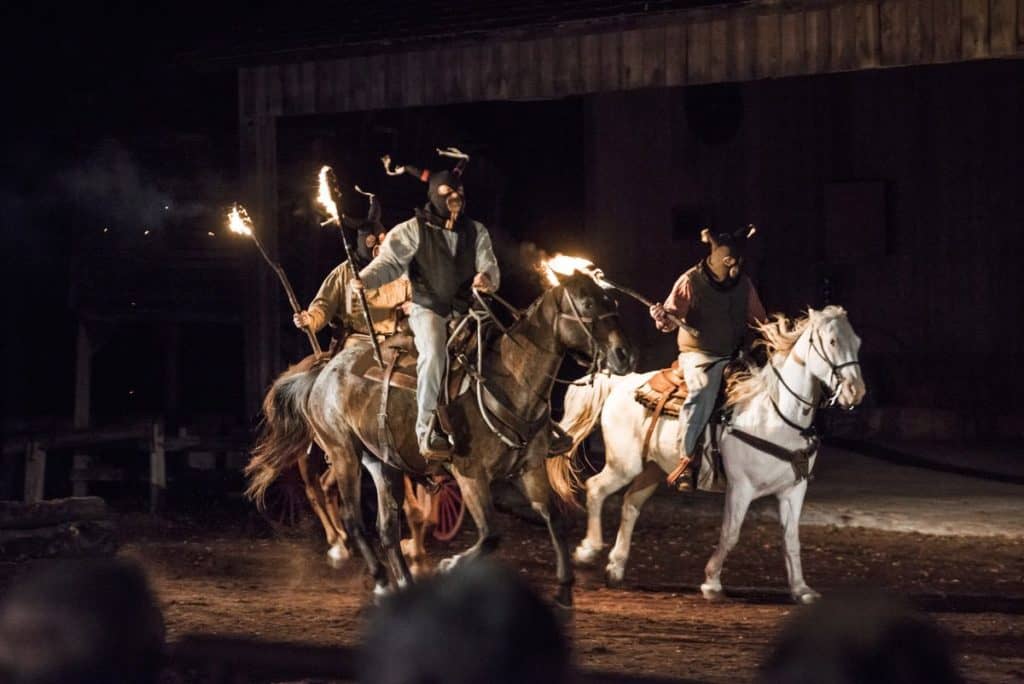 They were recognized by wearing black horned hoods with cork or wooden horns protruding out of the top and with white outlines of faces painted on them. Some of those decorated their horns with red or white stripes. 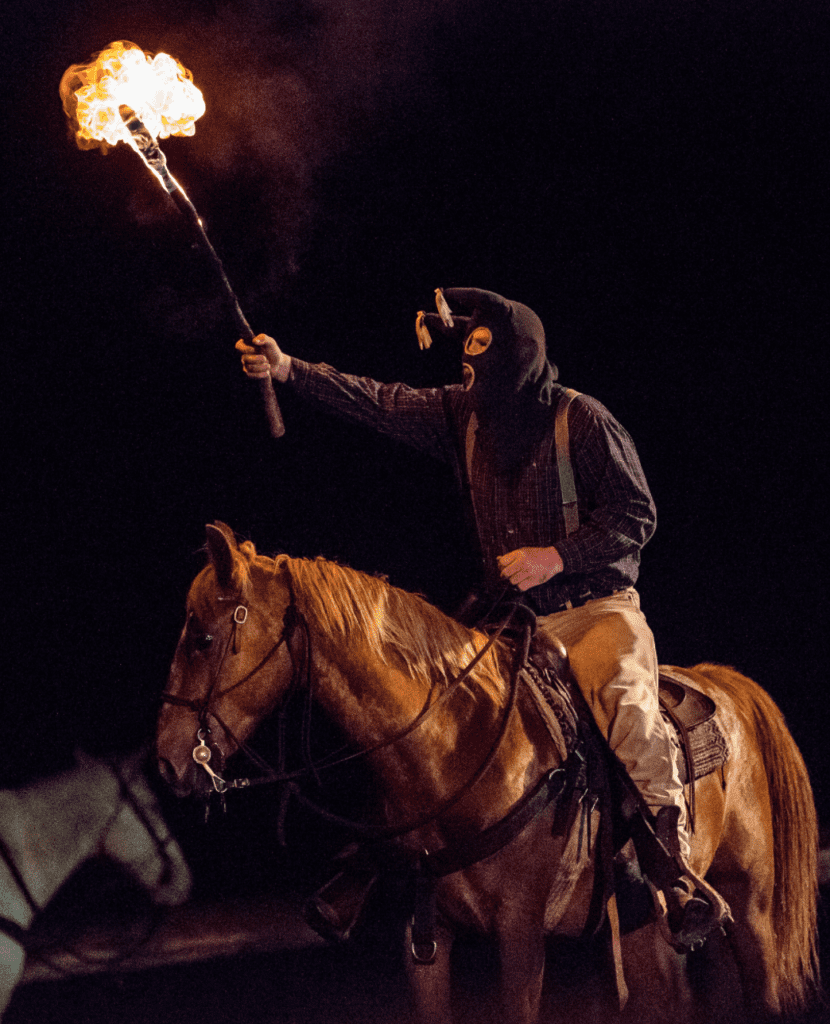 Experience the History of the Ozarks

The Shepherd of the Hills Outdoor Drama is the action-packed live reenactment of the famous historical novel by Christian minister, Harold Bell Wright.